“One night they woke up with people shouting and knocking on the door”.

“The Jews were to be taken to the dirtiest neighborhood in Lodz”.

“Mengele would say nothing. He would only turn his thumb either to left or to the right”.

“What joined those children was their tragic past”.

“But nothing was as painful as seeing the three dead maapilim being carried outside the ship”.

Trains bringing prisoners from all parts of Europe came in through this gate.

Ben Abraham is the pseudonym of journalist and author Henry Nekrycz, a Holocaust survivor born in Lodz, Poland, in 1924. As a fourteen-year-old member of a Jewish aristocratic family, he became a prisoner of the Nazis for five and a half years, first in the Lodz Ghetto, where he was confined with his parents, then passing through Auschwitz, and later in other labor and concentration camps.

During World War II, Ben Abraham lost most of his relatives, who perished either from hunger or in the gas chambers. When the war was over, he spent two years being treated in Allied hospitals in Germany due to his extremely impaired health.

After his recovery, he made it to Eretz Israel aboard a clandestine vessel, the Haportzim – one of the few ships that managed to run the British naval blockade at the time. During the War of Independence, he witnessed the Egyptian attacks on the city of Tel Aviv, and participated in the war as a truck driver.

Ben Abraham later settled in Brazil, where he and his wife Miriam Nekrycz worked extensively to preserve the memory of the Holocaust and educate younger generations against intolerance. Working as a journalist for almost twenty years for mainstream Brazilian newspapers such as “Folha da Tarde,” Ben Abraham wrote about the Middle East, International Politics, and subjects related to the Holocaust. His work obtained recognition in Brazil and abroad, as well as his fight against anti-Semitism and Revisionism. His stance in relation to the Mengele investigation has also drawn attention from newspapers, important personalities in the international Jewish community, and several governmental authorities.

Read the story of Ben Abraham.

Read the story of Miriam Nekrycz. 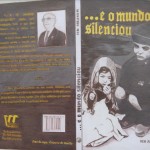 In 1972, fulfilling the promise he had made while still a prisoner, Ben Abraham decided to write a book about his experiences as a survivor of the Holocaust. The book obtained excelent literary critique, with several editions published in the following years.

Ben Abraham worked as a journalist for around 20 years, with more than 3,000 articles published by several Brazilian media. His work covered several topics, from Holocaust-related themes to international politics, besides Brazilian issues. 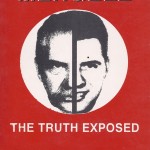 In his book “Mengele – Truth Exposed”, Ben Abraham challenged the “evidences” presented by the Brazilian Federal Police in their attempt to prove that the body found in 1985 was really that of Josef Mengele.